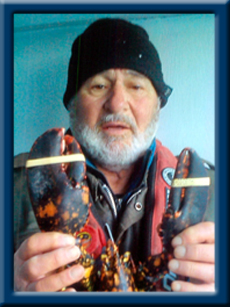 LEVY – Gordon D., 78, of Mersey Point, Queens County, passed away in Halifax Infirmary on Sunday, July 25, 2021.
Born in Mersey Point, Gordie was a son of the late Harvey and Emma (Mason) Levy.
Gordon worked for Bowater Mersey Paper Company Limited for thirty years as a forklift operator and with the grounds department. He started his working career early on, fishing at a very young age and continued to do so right up until recently as he loved to be on the water. Gordie had a love of variety shows and animals, especially his dogs and grand dogs. Gordie was always outside working on his property. This enabled him to chat with passers-by as he always loved to talk.
Gordie is survived by his wife Audrey (MacAdams); his daughter Penny (Neil) Benedict of White Point and his son Peter (Heather Nauss-Levy) of Morden. His grandchildren Jaimee and Jarred Levy, Tori Benedict, Alexandria and Noah Fry and his great granddaughter Addalyn. His sisters Judy (Arnold) Roy, Janet (Maynard) Mansfield and Barbara (David) Oickle, all of Mersey Point. His brothers George (Doris) and Carl (Margaret), both of Mersey Point, Warren (Sharon) of Brampton, ON, Norman (Faye) of Brooklyn.
Cremation has taken place under the direction of Chandlers’ Funeral Home, Liverpool. At Gordie’s request, there will be no funeral service. No flowers, donations may be made to Queens SPCA or to a charity of your choice. Online condolences may be made to www.chandlersfuneral.com

Offer Condolence for the family of Levy; Gordon Douglas