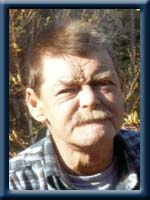 Born in Newfoundland, he was a son of Robert Legge of Newfoundland and the late Sarah (Brown) Legge.

Andy was a volunteer fire fighter for Liverpool, Mill Village and Oakhill Volunteer Fire Departments. He was an avid outdoorsman who loved to hunt and fish. He was also an avid dart player. His greatest love was for his family, with whom he enjoyed spending time. He will be sadly missed by his family and by all who knew him.

He is survived by his wife Helen (Sperry); his daughter Tiffany (Rob) Pellerin of Mill Village. His sons Lowell (Tara Wilson) of Liverpool, Toby of Newfoundland and Jonathan Keddy of Bridgewater. His grandchildren Austin, Matthew, Mallory, Teyanna, Tayo, Tori and Dylan.

Cremation has taken place under the direction of Chandlers’ Funeral Home, Liverpool. A graveside memorial service will be held Tuesday, May 22nd, 2012 at 2:00 p.m. in Zion United Cemetery, Payzant Street, Liverpool. Captain Kirk MacLeod of the Liverpool Salvation Army Corps officiating. No flowers by request. Donations may be made to the family. Online condolences may be made to www.chandlersfuneral.com

Offer Condolence for the family of Legge; Andy Nelson