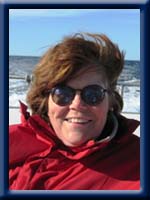 Born in Salamanca, New York , she was the daughter of Lucille (Riley) Carley and the late Joseph A. Carley

After graduating from Cornell University with a BS degree in Animal Science, she spent six months working as a lab technician in Alaska. Upon returning to the Ithaca area, she met and married her husband Tim. Diane was a records specialist for Dairy One in Ithaca, NY for over thirty years. She was president of the local Farm Bureau chapter and secretary treasurer of the Holstein Club. She had a life long love of animals having raised horses, cows, miniature donkeys, as well keeping numerous dogs and cats.

In fall, 2005 Diane moved to Liverpool to begin a love affair with the area and its people, as well as overseeing the construction of their retirement home while Tim continued to work.  She made many lasting friends and embraced the Liverpool community.  She did volunteer work for the Queens General Hospital, the Queens Food Bank and Thomas Raddall Library up until her illness. She travelled back to the States until she became a permanent resident and then for medical treatment in Buffalo, NY.  She always felt at peace when she returned to Liverpool as this is where her heart was.

Cremation has taken place under the direction of Chandlers’ Funeral Home, Liverpool where visitation will be Thursday, March 15th, 2012 from 6 until 8 p.m.. Funeral service will be Friday, March 16th, 2012 at 11:00 a.m. from St. Gregory’s Catholic Church, Liverpool. Father Brian Murphy officiating. No flowers by request, donations may be made to St. Gregory’s Catholic Church, Queens SPCA or the Food Bank. Online condolences may be made to www.chandlersfuneral.com

Offer Condolence for the family of Ledvina; Diane Marie