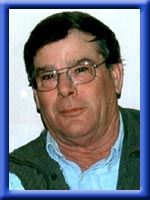 Born in Liverpool, he was a son of Amy (Hupman) Lawson of Summerville Centre and the late Murray Lawson.

Ron grew up in Summerville Centre and attended Port Mouton School and Liverpool Regional High School. At an early age, Ron knew his passion was fire fighting and working in the woods. Following his graduation from L.R.H.S., he worked with a survey crew in New Brunswick prior to attending the Maritime Forest Ranger School in New Brunswick where he graduated in 1974.  After his graduation, he started work with the Department of Natural Resources in Nova Scotia. In the Spring of ‘75, he formed the Junior Forest Warden Organization. Ron was employed with the Department of Natural Resources for thirty years retiring in 2004 as supervisor for Lunenburg and Queens Counties. In 2006, he was presented with the Neil Wilcox Forest Fire Service Award for outstanding contribution to Forest Fire Management in Nova Scotia.

In his spare time, Ron was a member of the Liverpool Baseball club and treasurer of bingo and a fund raiser for the Danny Seaman field. He was president of the Mersey Athletic Association and was a former minor hockey coach. He served as president for the Hunt’s Point Association as well as a trustee for Port Mouton School and Liverpool Junior High School and played in the band “Sandy Road”. Following his retirement, Ron did property management. He will be fondly remembered as a true family man but equally as much for the saying “Keep off the Grass!”

He was predeceased by his niece Amy Dobson.

Cremation has taken place under the direction of Chandlers’ Funeral Home, Liverpool where a funeral service will be held Monday, January 25th, 2010 at 11:00 a.m.. Reverend Jennifer Garbin officiating. Burial will be at a later date. No flowers by request. Donations may be made to the Heart and Stroke Foundation of Nova Scotia, the Liverpool Baseball Club or to any charity. Online condolences may be made to www.chandlersfuneral.com.

Offer Condolence for the family of Lawson, Ron