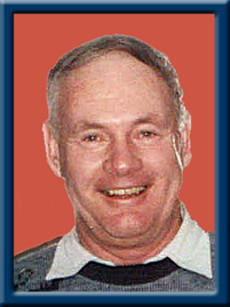 LANGLEY – John Kenneth “Jack”, 82, of Western Head, Queens County, passed away on Monday, August 20, 2018 in North Queens Nursing Home, Caledonia.
Born in Truro on May 8, 1936, he was a son of the late Donald and Evelyn (Atkinson) Langley.
In his early years, Jack worked for the Moirs Chocolate Factory and the Queens Printer in Halifax before moving to Liverpool and working for Mosher and Rawding Limited. Jack was a true outdoorsman. He was happiest on the water fishing or diving or in the woods hunting or trapping. If it was made of wood, Jack could build it.
Surviving are his life partner of over 30 years, Faye Barkhouse (Sanford), nephews Michael (Donna) Langley, Shawn (Mary) Langley, Jeffrey (Teresa) Langley, John (Trina) Langley, Scott (Tiffany) Langley and niece Kimberly (Dale) Foley and many grand nieces and nephews. He is also loved by many step-nieces and nephews who have great memories of him at the house on the Medway River. In later years, he was especially close to step-niece Tamara Higgins, her husband Craig and their girls Kaitlyn and Victoria of Middle Sackville.
Besides his parents, Jack was predeceased by his brother and best friend William “Bill” Langley , sister in law Alice Langley of Western head and special little fur baby Sassy.
Cremation has taken place under the direction of Chandlers’ Funeral Home, Liverpool. No service by request. A private graveside committal will take place at a later date. Donations to any charity. Online condolences may be made to www.chandersfuneral.com

Offer Condolence for the family of Langley; John “Jack” Kenneth