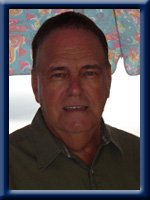 LAING  – Gary Burton, 68,  of Bridgewater.  It is with deep sadness that the family of Burt Laing announce his passing on August 1st, 2010.

Born at the Mersey Townsite in Queens County, he was a son of the late Murray and Lucy (Zwicker)  Laing.

Much can be said  about the kind of man Burt has been. A skilled baseball player in his heyday, cool with a mic in his teenage years, an avid hunter for many years and a hard working, dedicated family man who adored his wife and children,  he has lived his life with strength, pride and humility. We will hold close to our hearts his many turns of phrase, his playful teasing and his appreciation for the simple things in life.

He is survived by his wife Pat (Hartlen); daughter Jill (John Wedderburn) of Halifax and his son Todd (Janice Jollimore) (Alex and Jared) of Bridgewater; Grandchildren Sophia, Eve, Josh, Keeli and Kody; His sister Sharon Drolet of Lower Sackville and his brothers Ron (Pat) of St. Thomas, ON and Albert of Milton.

He was predeceased by his brothers Floyd, Victor, Jim and Murray.

Visitation will be Thursday, August 5th, 2010 from 7 until 9 p.m. and funeral service will be held Friday, August 6th, 2010 at 11:00 a.m., both in Chandlers’ Funeral Chapel, Liverpool. Pastor Corey Pickens officiating. Burial will be in Milton Community Cemetery. Family flowers only, donations may be made to Canadian Cancer Society or the Nova Scotia Heart Foundation. Online condolences may be made to www.chandlersfuneral.com.

Offer Condolence for the family of Laing; G. Burton