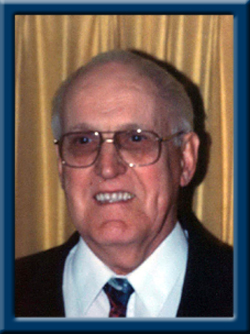 Born in Western Shore, he was a son of the late Murray and Lucy (Zwicker) Laing.

Albert graduated from Liverpool High School in 1949 and served with the RCAF and the Navy. He served a 4 year apprenticeship at HMC Halifax dockyard and certified as a machinist journeyman and two years later as an instrument technician. He held a vocational teachers license and 35 classifications and certificates related to courses taken in various colleges such as the University of Toronto, Dalhousie University, St. Mary’s University, Geneva Park and Moncton. He taught apprenticeship classes, trade and technology classes and was promoted to Co-ordinator of Trades Training of Apprentices and 15 trades with the Nova Scotia Department of Education at Nova Scotia Institute of Technology, Stellarton, Springhill and North Sydney. He was responsible for creating a working model of the off shore oil rig Rowan Gorilla which toured Canada. He retired in 1985.

Albert was involved in sports and coached a junior softball team in Milton in 1948 – 1949 that went to the Nova Scotia Jr. Finals. He played softball and hockey after moving to Dartmouth in 1951 and later managed  and coached. He has played at least 75 to 90 games of golf every year since 1959.

He has been an amateur artist/painter since 1964 painting many scenes of Queens County, the South Shore and other parts of Nova Scotia especially small fishing ports and harbours. He donated over 20 paintings a year for auction or raffle to support organizations such as fire departments, schools, recreation and seniors groups. He has also painted many lighthouses along the shore and donated them to “Save The Lighthouses” program in Queens County.

In addition to his sports and painting, Albert found time to serve as a mason and as master mason for three consecutive years with Prince of Wales Lodge #29 AF&AM, Milton. He served on the Nova Scotia Family and Child Welfare Association for twelve years and spent 25 years on the Queens County Children and Family Services Board; three years as president.

He served on Queens County Council for 15 years and on the Region of Queens Council with terms of Deputy Warden and later as Deputy Mayor.

He was predeceased by his wife Shirley (Martin); son David and brothers Victor, Floyd, Burton, Murray and James.

Cremation has taken place under the direction of Chandlers’ Funeral Home, Liverpool. There will be no funeral service at Albert’s request. Burial will take place at a later date in Milton Community Cemetery. No flowers by request, donations may be made to a charity of your choice. Online condolences may be made to www.chandlersfuneral.com

Offer Condolence for the family of Laing; Albert Bernham