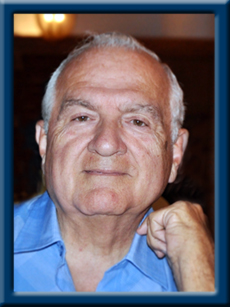 Kyte, Bernard Roy J. “Bernie”, age 81 of Marriots Cove, formerly of Timberlea passed away Tuesday November 15, 2022 at South Shore Regional Hospital, Bridgewater NS.
Born in Sydney to the late Peter and Bridget (Healey) Kyte.
Survived by daughter, Deborah (Dr. Blair) Raddall of Summerville Centre; son Peter (Gretchen)Kyte of South Lyon, Michigan ; grandchildren Brenton and Ellen Raddall, Lucca and Nuria Kyte. Siblings; Veronica, Irene, Pauline, Joseph, Kevin and Leo and many loving nieces, nephews, sisters in law and brothers in law.
Predeceased by sisters Rose and Mary; brothers George, twin brother Patrick and in infancy Leo.
Bernie rarely was seen without a camera in his hand. His love of photography started as a teen working at Abbass Photo, in Sydney and continued when he joined the Royal Canadian Air Force at aged 18.
Bernie served for 37 years, initially as a photo tech then as a section chief, and was quite proud of his many awards and photographic achievements. He always shared his knowledge of photography with his military students, family and anyone who got him talking about this passion. After postings in Greenwood, Baden & Lahr Germany, Summerside PEI, Borden Ontario, he retired from Stadacona in Halifax as a Warrant Officer.
He continued working as a photographer with his own business and was proud to donate his time and talent to Camp Goodtime a Canadian Cancer Society camp for children in Yarmouth. Travelling each year to take the group photo and provide copies for each camper. These photos memories are still treasured by many former campers today.
He was a member of the Knights of Columbus and a dynamic reader in the church.
Bernie loved music. In the 1970s his weekly radio show, The Nashville Sounds, was a popular fixture at CFNS Baden,Germany. Making contacts with German & Swiss radio and tv to interview many country and pop music stars.His magazine column, the Nashville Sounds, was published in country music trade papers in Nashville TN. Bernie loved collecting albums, singing and dancing.
One of Bernie’s super powers was the unparalleled ability to remember names and faces. Making old, and new, friends feel like best friends with his infectious smile and warmth. Those who knew Bernie knew of his legendarily shocking and quick sense of humour that made us all laugh!
Bernie loved his family above all things and was always there for a meal, drives to/from the airport, or a room when anyone was in town. He loved his children very much and they were his constant source of aggravation and joy.  They inherited his sense of humour and sharp wit. NOTHING made him happier than being called “Gidde” by his 4 beloved grandchildren…Except perhaps talking about all of their antics to whomever would listen. His pride and love knew no bounds.
There is so much more to Bernie’s life that we would love to share but he is already probably annoyed with how long this obit is.
Cremation has taken place under the direction of Chandler’s Funeral Home, Liverpool, Nova Scotia.
Service will be held December 8th at 1pm at St. Marguerite Bourgeoys Catholic Church, 18 Scholars Road Upper Tantallon NS. In lieu of flowers, donations in memory may be made in to your local Royal Canadian Legion Poppy Fund. Online condolences may be made at www.chandlersfuneral.com