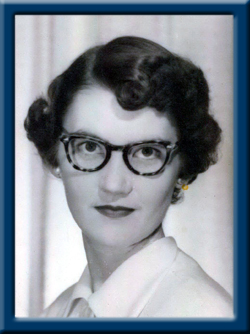 KRAL – Dorothy Marie, 84, of Brooklyn, Queens County, passed away peacefully in South Shore Regional Hospital, Bridgewater on Tuesday, February 16, 2016.
Born in Brooklyn, she was a daughter of the late Douglas and Edna (Gregory) Smiley.
Dorothy was a homemaker who was devoted to her family, especially her grandchildren. She had an eye for fashion and a love for dogs.
She is survived by her daughter Kim Rideout of Timberlea, her grandchildren Sarah of Calgary, Erin of Vancouver and Christopher of Bridgewater,her sister Betty Decker of Brooklyn.
She was predeceased by her former husband John Michael.
Cremation has taken place under the direction of Chandlers’ Funeral Home, Liverpool. A graveside memorial service will be held Saturday, May 27, 2017 at 11:00 a.m. in Seaside Cemetery, Brooklyn. No flowers by request. Donations may be made to the IWK-Grace Hospital, Halifax or to Soldier On. Online condolences may be made to www.chandlersfuneral.com

Offer Condolence for the family of Kral; Dorothy Marie