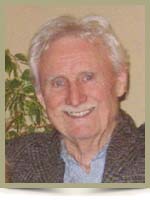 Born in Tranent, Scotland on May 2nd, 1931, he was a son of the late Robert and Janet Hunter (Black) Knox.

Scotty was  a veteran of the Korean Conflict serving with the Royal Canadian Navy aboard the “Haida”. Following his war service, he was owner and operator of his own fishing vessels the “Beverley Doreen” and the “Flying Scot” and a tour boat  called the “Ralphie J” He served as captain aboard the “Jennifer Jean” crab fishing for Clearwater Fisheries. He served as an officer aboard ship for Bedford Institute of Oceanography and captain aboard tugs with Eastern Canada Towing working in Halifax Harbour and out of Port Hawkesbury. He served as a trustee for the Port Mouton United Baptist Church and enjoyed working with masonry and stonework. He was an accomplished accordion player and loved spending time with his family. He also enjoyed cooking and was “famous” for his stew nights. He also loved his Lord and loved to preach about it.

Cremation has taken place under the direction of Chandlers’ Funeral Home, Liverpool where visitation will be Saturday, March 3rd, 2012 from 7 until 9 p.m. and funeral service will be Sunday, March 4th, 2012 at 2:00 p.m. from Port Mouton United Baptist Church. Reverend Perley Tidd officiating assisted by Mark  Holden. Burial will be in Peaceful Hill Cemetery, Port Mouton. Family flowers only. Donations may be made to  Port Mouton United Baptist Church or to any charity. Online condolences may be made to www.chandlersfuneral.com

Offer Condolence for the family of Knox; James Robertson “Scotty”