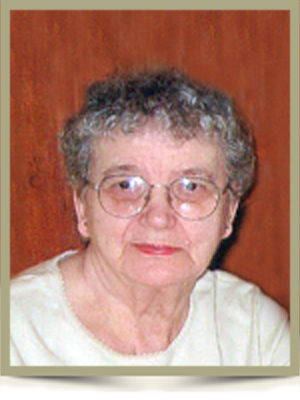 Born in Vogler’s Cove, on September 26th, 1928, she was a daughter of the late Ralph and Carrie (Connolly) Baker.

She enjoyed family gatherings, Newfoundland music and watching her favorite player (Tiger Woods) play golf whenever she could.

Cremation has taken place under the direction of Chandlers’ Funeral Home, Liverpool. A Celebration of Thelma’s Life will be held on Saturday, April 11th, 2015, at 11:00 a.m., from Chandlers’ Funeral Chapel, Liverpool, followed by a reception. A private family burial will take place at a later date. Family flowers only. Donations may be made to the Children’s Wish Foundation. Online condolences may be made to the family at www.chandlersfuneral.com

Offer Condolence for the family of Kenneally (Dagley); Thelma Elizabeth