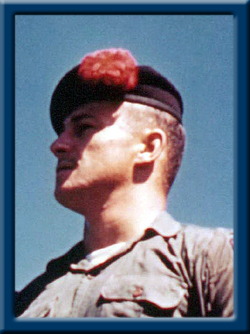 KELLY – James E., 80, of Milton, Queens County, passed away suddenly in Queens General Hospital, Liverpool on Thursday, May 5, 2016.
Born in Halifax, he was a son of the late Annie (Keens) Kelly.
Jim served with the Canadian Armed Forces for a number of years serving in Cyprus and Germany. Following his military career, Jim was employed as a boiler maker. He loved his dogs and his Harley.
He is survived by his daughter Claudette of Milton and his son Kris of Liverpool; his grandchildren James and Robert; his sisters Nancy (Bruce) MacNutt of Bridgewater and Irene Greenough of St. Margaret’s Bay.
He was predeceased by his son Franz Robert; his sisters Joan and Carol and his brothers John and Michael.
At Jim’s request, there was a private family graveside service in St. Gregory’s Catholic Cemetery on College Street in Liverpool officiated by Father Keith Billard and under the direction of Chandlers’ Funeral Home, Liverpool. No flowers. Donations to any charity. Online condolences may be made to www.chandlersfuneral.com.

Offer Condolence for the family of Kelly; James Edward