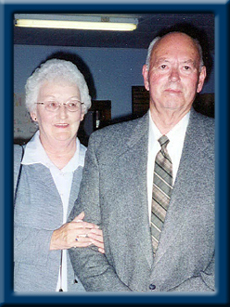 Aubrey “Keith” Decker of Brooklyn, Queens County, passed away peacefully on February 16, 2010 in Queens Manor, Liverpool and Ruth Elizabeth “Betty” Decker passed away peacefully on January 21, 2019 in South Shore Regional Hospital, Bridgewater.
Keith was born in East Ragged Island, Shelburne Co, a son of the late Cyrus and Lois (Harding) Decker while Betty was born in Brooklyn, a daughter of the late Douglas and Edna (Gregory) Smiley.
Keith was a commercial fisherman and later an employee of Bowater Mersey Paper Company working in the Groundwood Department and retired as foreman of the TMP plant. He was active in his community serving as chair for the Brooklyn Cemetery Committee, volunteer with the Queens County Museum, Shelburne Genealogy Society and Queens Family History Group.
Betty graduated from the Halifax Children’s Hospital in 1955 and spent her nursing career at Queens General Hospital, Liverpool, retiring in 1987 as head nurse of the OR. She enjoyed quilting and doing genealogy with her late husband Keith.
Both are survived by their son Douglas of Brooklyn.
Cremation was entrusted to Chandlers’ Funeral Home, Liverpool. A graveside memorial service was held Saturday, May 4, 2019 at 1:00 p.m. in Seaside Cemetery, Brooklyn with a reception following in Chandlers’ Funeral Home, Liverpool. No flowers. Donations may be made to Canadian Cancer Society, Canadian Mental Health Association, Queens General Hospital Foundation, South Shore Regional Hospital Foundation or to the Queens S.P.C.A. Online condolences may be made to www.chandlersfuneral.com