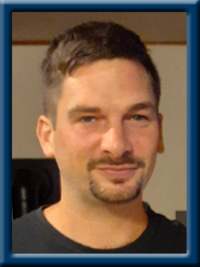 Keddy, Kenneth Lloyd III – 33 years old, Vancouver BC
It is with immense sadness and sorrow that we announce the unexpected passing of our beloved son, grandson and brother.
Born and raised in Liverpool, NS, he was the son of Kenny Keddy Jr (Shay Beaton) of Lunenburg and Terri (Dwayne) Sperry of Liverpool.
Kenny or “Little Kenny” worked his way across Canada, making friends everywhere he went. His sense of adventure and free spirit led him to unique experiences. He was fearless and open-minded, exploring places and meeting people from all walks of life. No matter where he travelled, he always found his way back to his much loved Nanny Dianne.
When he wasn’t on the road, Kenny could often be found strumming his guitar at home or jamming with his buddies at the beach in English Bay. His sense of humour will be missed dearly by his friends and family across the country, especially Nohelia and Priya.
Kenny is survived by his grandmother Dianne Keddy; grandfather Ronald (Heather) Hanley; sister Tori Keddy; brothers Thomas Harvey (Faith Gagnon), Lucas Harvey (Jessica Bowers), Ethan Sperry and Oliver Sperry.
He was predeceased by his grandfather Ken Keddy Sr and grandmother Barbara Jollimore.
Cremation has taken place at Vancouver Memorial Services and Crematorium in Vancouver, BC. A private graveside service will be held at a later date.
Donations can be made to a charity of your choice. Online condolences may be made to www.chandlersfuneral.com

Offer Condolence for the family of Keddy; Kenneth Lloyd III