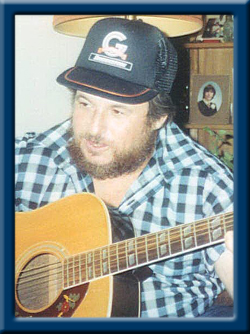 KEDDY – Bradford, L., 72, of Pleasantville, Lunenburg County, passed away peacefully on Sunday, April 24, 2016 in South Shore Regional Hospital, Bridgewater.
Born in Liverpool, he was a son of the late Milford and Elena Keddy.
Bradford was a self-employed truck driver and welder. He enjoyed hunting, fishing, playing guitar and riding his motorcycle.
He is survived by his brothers Richard ( Betty Anne) of Liverpool and Phil (Sadie) of Bridgewater.
Graveside committal service will be held Thursday, April 28, 2016 at 11:00 a.m. in Pine Grove Cemetery, Back Road, Vogler’s Cove. No flowers by request, donations may be made to the Heart and Stroke Foundation or to the Canadian Diabetes Association. Arrangements are under the direction of Chandlers’ Funeral Home, Liverpool where online condolences may be made to www.chandlersfuneral.com

Offer Condolence for the family of Keddy; Bradford Lloyd