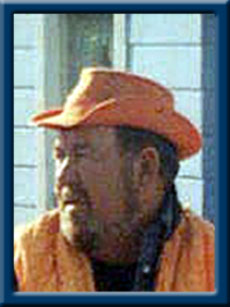 Born in Milton, he was a son of the late Leonard and Madora (Anthony) Keating.

Over the years John worked in the old book binding plant, Mersey Seafood’s, Michelin, Stenpro Engine Products and he was also the owner operator of his own garage in Milton. In his later years, he enjoyed fixing and selling old lawnmowers. He loved to hunt and enjoyed telling the stories of his adventures just as much. He also took great delight in playing bingo, especially when he won. John had a great sense of humor and a warm loving heart.

He was predeceased by a grandson, Jonathon, sisters, Gertrude Kay, Greta Everett; brothers; Vincent and Michael.

Cremation has taken place under the direction of Chandlers’ Funeral Home, Liverpool. A graveside service will be held on Friday, September 1st, 2017, at 3:00 p.m., from Milton Community Cemetery, Milton. No flowers by request, donations may be made to the Queens County S.P.C.A. or to a charity of your choice. To share memories or condolences, please visit www.chandlersfuneral.com

Offer Condolence for the family of Keating; John Leo