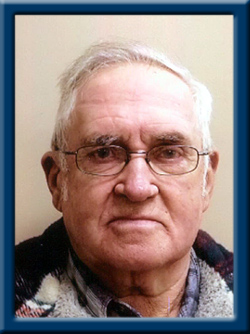 JOUDREY – Vincent L., 81, of Pleasantfield, Queens County, passed away peacefully on Wednesday, October 12, 2016 in Queens General Hospital, Liverpool.
Born in Pleasantfield, he was a son of the late Laurie and Laura (Smith) Joudrey.
Vincent worked in the mill for Harry Freeman and Sons, Greenfield until his retirement. He loved working in the woods, sawing and splitting his own firewood and tending to his animals.
He is survived by his wife of 53 years, Karen (Kempton); his daughter Cheryl Ann of Labelle, his son Laurie (Rachel) of Middlefield; his grandchildren Dylan, Abagail, Logan, Jordis and Madison.
He was predeceased by his brothers Jordan and Hardy.
Cremation has taken place under the direction of Chandlers’ Funeral Home, Liverpool. At Vincent’s request, there will be no funeral service. No flowers by request, donations may be made to the Canadian Cancer Society or to the IWK-Grace Hospital, Halifax. Online condolences may be made to www.chandlersfuneral.com

Offer Condolence for the family of Joudrey; Vincent Leroy