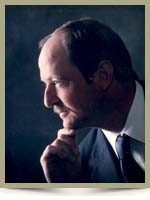 Born in Middleton, NS, he was a son of the late John M. and Eula M. (Lowe) Joudrey.

John was a carpenter all his life. He played slow pitch for the Abbottsford A’s  and was involved with minor hockey. He will be fondly remembered as a devoted husband and father.

He is survived by his wife Yvonne (Buskop), his daughter Courteney at home and his son Aaron, Wolfville. His sisters Nancy Richardson (David Sears) of Indian Harbour; Cathy Miles of Prospect, NS; Debbie Joudrey (Leroy) of New Canada; Susan Wagner of Elksford, BC; and Rhonda  (Mike) Rhodenizer of Dayspring, NS.

Funeral service will be Monday, January 21st, 2013 at 2:00 p.m. in Chandlers’ Funeral Chapel, Liverpool. Reverend Wade Harvey officiating. No flowers by request, donations may be made to the Minor Hockey Association or to the Nature Conservatory of Canada. Online condolences may be made to www.chandlersfuneral.com

Offer Condolence for the family of Joudrey; John William