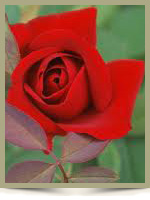 Mike wore many hats in his lifetime. He enlisted in the merchant marines and signed off the day before his ship sank with no survivors. It was in Ontario where Mike perfected his carpentry skills, working on many new and heritage buildings. Music, however, was the one constant that wove through his life. In 1948 he teamed up with Alberta Slim, who will be remembered for his “Apple Blossom Time in Annapolis Valley “. Mike performed with Grandpa Jones, of Grand Ol’ Oprey fame, and did a number of guest appearances on CBC with Don Messer. In the early 50’s Mike was known as “The Lone Star Mountaineer”, when he played and sang his songs on the radio stations CFAB and CKEN, Kentville, Nova Scotia. In 1982, Mike returned to N. S. and settled in the Aylesford area. He joined the Annapolis Valley Blue Grass Association, and did solo performances for Soldiers’ Memorial Hospital. Mike was a resourceful and self-reliant person, constantly looking for a new skill to master; he canned his own food, smoked his own fish, and built the house where he lived for the last several decades of his life, as well as teaching himself to read as a boy. He showed great perseverance in the face of adversity; prolonged sickness as a child left him with a permanent physical disability, yet he never let it stop him from working hard, or doing things his own way. He applied this determination to everything, whether it was his work, his hobbies, or standing by his convictions, and he kept his mischievous sense of humour up until the end. Mike loved his spot in the pines and cherished the friendship of his neighbours and good friends, Ed & Ida Ryerson, and the support and friendship of his niece Linda. North Queens Nursing Home in Caledonia is where Mike spent his final years, surrounded by the staff who were loving and attentive. We thank you. The family would also like to thank the staff of Queens General Hospital for their care.

Cremation has taken place. Arrangements entrusted to Chandlers’ Funeral Service Ltd. Interment at Elm Grove Cemetery will follow at a later date as per Mike’s wishes. If desired, donations in Mike’s memory to North Queens Nursing Home, Caledonia, N. S., specifically for entertainment and recreation in the Alzheimers unit, or Soldiers Memorial Hospital, Middleton, N. S. would be appreciated. Mike would be happy if you visited a senior, shut-in, or someone in need of cheering up. Make their day and yours a little brighter. Any shared memories can be received at www.chandlersfuneral.com

Offer Condolence for the family of Jones; Clifford Vernon “Mike”