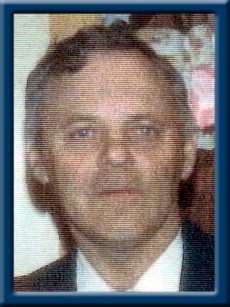 JOLLIMORE – Roger P., 77, of Liverpool, Queens County, passed away peacefully in Queens General Hospital on Wednesday, April 1, 2020.
Born in Liverpool, Roger was a son of the late Donald and Hazel (Jollimore) Roy.
Roger worked as a flagger on the highway for a number of years. He enjoyed watching TV and keeping an eye on the neighborhood from his corner apartment.
Roger is survived by his companion of thirteen years, Cathy Williams; his sisters Heather and Janet and his brothers Brian and Arthur as well as close friend Margaret Cunningham.
Besides his parents, Roger was predeceased by his sister Rose and brothers Gary and Chester.
Cremation has taken place under the direction of Chandlers’ Funeral home, Liverpool. A graveside memorial service will be held at a later date in Zion United Cemetery, Payzant Street, Liverpool. No flowers by request, donations may be made to a charity of your choice. Online condolences may be made to www.chandlersfuneral.com

Offer Condolence for the family of Jollimore; Roger Philip