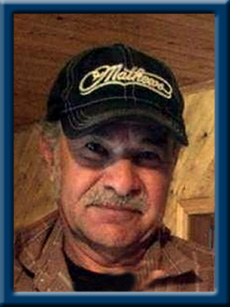 Born in Liverpool, George was a son of Marjorie Lillian (Whynot) of Brooklyn and the late George Thomas Jollimore.

George was a jack of all trades, there was nothing he couldn’t do or fix once he put his mind to it. He was employed in Ontario in his younger days doing construction before moving back home to go lobster fishing. He truly lived life to the fullest through simple pleasures such as spending time with friends, hunting, fishing and being outside. A kid at heart, George could light up a room with his smile and could make anyone laugh with his great sense of humor and his quick wit. Above all else, he was most passionate about his family and spending time with them, especially his granddaughters who were the apple of his eye. He was loved and will be greatly missed.

He was predeceased by his favorite uncle, Meryle.

Cremation has taken place under the direction of Chandlers’ Funeral Home, Liverpool, NS. A private family service will be held at a later date. No flowers by request, donations may be made to Nova Scotia Heart and Stroke Foundation. Online condolences may be made to www.chandlersfuneral.com

Offer Condolence for the family of Jollimore; George Gilbert