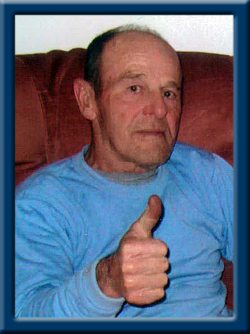 JOLLIMORE – Ernest F. “Dune”, 77, of Greenfield, Queens county, passed away peacefully in Queens General Hospital, Liverpool on Tuesday, July 19, 2016.
Born in Liverpool, he was a son of the late Earle William and Gladys Greta (Penny) Jollimore.
Dune was a hard worker who held various jobs throughout his life. He was a former rigger for Steel and Engine Products Limited (STENPRO) in Liverpool and was a sub contractor for Bowater Mersey Paper Company. He worked his way across Canada doing construction work and fishing. Dune was an avid hunter fisherman and trapper in his spare time and he enjoyed sports especially hockey and his beloved Canadiens and baseball. He was a recipient of the Nova Scotia Baseball Championship twice.
He is survived by his companion Nancy Jennings; his daughter Melinda (Andre) Lavoie of Fleurimont, PQ; his sons Fred (Carol) and Dale, both of Liverpool; Danny (Patricia) of Maberly, ON and Jody of Vancouver, BC. Grandchildren Chad, Joey and Amanda and step grandchildren Paige, Presley, Jade and Keegan “Slugger”. His sister Mary Ann Jollimore of Liverpool and his brothers Gary (Anna) of Liverpool; Terry (Jan) of Prince Rupert, BC; Dennis (Linda) of Bridgetown, NS
He was predeceased by his infant daughter Gladys and his brothers Earl, David, Norman, Ronald, Donald, Phillip, Sydney and Nelson.
Cremation has taken place under the direction of Chandlers’ Funeral Home, Liverpool. At Dune’s request, there will be no funeral service. No flowers. Donations may be made to any charity of choice. Online condolences may be made to www.chandlersfuneral.com

Offer Condolence for the family of Jollimore; Ernest Frederick “Dune”