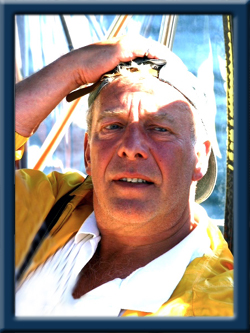 Robert de Beauchesne Johnston, Ph.D., (March 28, 1946 – January 23, 2018) passed away surrounded by loved ones in Nova Scotia after a courageous battle with cancer. Born in Montreal to Stanley and Annette (Hould), he is survived by his beloved wife of fifty years Celeste (Smith), daughter Elise (Maurice), sons Dr. Robert (Fiona), and Andrew (Lisa), and grandchildren Malcolm, Naomi, Gabrielle, and Connor. Perfectly bilingual and a gifted student, he attended Selwyn House School, Bishop’s College School, McGill University and the Massachusetts Institute of Technology, where he earned a PhD in computer engineering in 1971. He subsequently held several posts in industry and academia, including Professor and director of the Institut national de la recherche scientifique – télécommunications (Quebec). He was adored by students, both his own and others who gravitated to his attentive teaching. Kind, gregarious, and generous to all around him, he was a devoted family man, and quick to smile, with a robust sense of humour. When not tinkering on computers or woodworking, he could be found on the ocean off residences in Abaco, Bahamas and Hunts Point, Nova Scotia.

The family would like to thank health care staff in Liverpool, Bridgewater, and Halifax.

In lieu of flowers, donations can be made to Liverpool Regional High School Scholarship Foundation in memory of Robert Johnston for furthering education in science.

A service and reception will be held at Trinity Anglican Church, Liverpool, Nova Scotia, on February 3rd, 2018, at 2:00 pm  and a memorial service in Montreal this spring.

Offer Condolence for the family of Johnston; Robert de Beauchesne