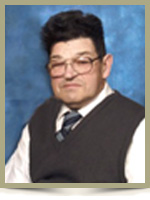 Born in Danesville, Queens County, on April 6th, 1931, he was a son of the late C. Clifford and Hazel (Whynot) Johnson.

He worked hard all of his life and loved spending time with his family and friends. Gardner worked doing mechanic work at Earl Illsley’s Garage for 14 years, he also cut wood and later worked as an oiler at the Bowater Mersey Paper Company. He was an avid hunter, fisherman and woodsman. These last few years he enjoyed going to the trailer in Middleton, N.S., where he spent many hours going to yard sales and playing crib.

He is survived by his loving wife, the former Joan Wentzell; son Steven (Peggy Jollimore); daughter Gail (John) Meisner, all of Brooklyn; his dearly loved grandchildren Brett and Hayley Meisner; brothers Algar, Clifford (Donna), both of Brooklyn, Norwood, of Maitland Bridge; many nieces and nephews.

He was predeceased by a brother Armond.

Visitation will be held Sunday, August 28th, 2011, from 7:00 – 9:00 p.m., and a Funeral Service will be held Monday, August 29th, 2011, at 11:00 a.m., both from Chandlers’ Funeral Home, Liverpool. Reverend Donald Lawton officiating. Burial will be in St. John’s Cemetery, West Berlin. Family flowers only. Donations may be made to the Nova Scotia Heart & Stroke Foundation. Online condolences may be made to the family at www.chandlersfuneral.com

Offer Condolence for the family of Johnson; Gordon Garth “Gardner”