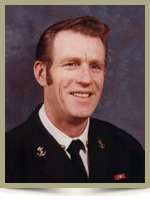 Jippes, Albertus “Al”, age 81, passed away at Queens General Hospital, Liverpool, on Friday, February 20th, 2015 with his family by his side.

Born in Assen, Holland on February 2, 1934 to the late Jacob and Dina (Lanting) Jippes,

Al immigrated to Canada when he was nineteen arriving at Pier 21 in Halifax onboard the S.S. Groote Beer on March 26, 1953. Al served thirty years as a “stoker” in the Royal Canadian Navy, retiring as a Chief Petty Officer in 1986.  He moved to his beloved “Goose Hills” and became a lobster fisherman for many years, before retiring for a second time.

Cremation has taken place under the direction of Chandlers’ Funeral Home, Liverpool. At Al’s request, there will be no visitation or service. No flowers by request. Donations may be made to the Soldier On Fund (cfmws.com). Online condolences may be made to the family at www.chandlersfuneral.com

Offer Condolence for the family of Jippes; Albertus “Al”