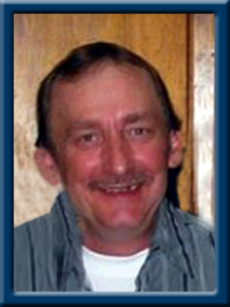 JENNINGS – John Steven, 60, of Hebb’s Cross, passed away peacefully in South Shore Regional Hospital, Bridgewater on Wednesday, February 8, 2017 with his family by his side.
Born in Liverpool, he was a son of Shirley Slauenwhite of Wileville and raised by the late Lester and Agatha (MacDonald) Jennings.
John was a long-time employee of over 40 years with Lunenburg Foundry and Engineering working as a top molder. He was responsible for the making of various components on ships such as the Bluenose, Theodore Tugboat, Coast Guard vessels and many other tall ships. His sons worked alongside John and all learned the craft from him.
John enjoyed hunting and fishing in his spare time, was regarded by his family as an excellent bowler and he loved to play cards. He also enjoyed spending time with his family, especially his grandchildren.
John is survived by his companion and life long friend Melda Croft, his sons Ryan (Alanna) of Broad Cove, Cory (Holly) of Alberta, Cody (Jen) of Liverpool and his grandchildren Aiden, Jace, Dylan and Ross. His sisters Rosely (Michael) Ward of Hebb’s Cross, Paula (Tony) Zinck of Bridgewater, Marion Jennings of Hemford Forest, Tina (Mike) Joudrey of Bridgewater and Diane Slauenwhite (Robbie Mitchell) of Wileville.
John was predeceased by his infant sister Norma, his sister Charlotte Jollimore, his brothers Maynard and Dougie.
Cremation has taken place under the direction of Chandlers’ Funeral Home, Liverpool, where visitation will be held Saturday, February 11, 2017 from 7 until 9 p.m. and where funeral service will be held Sunday, February 12, 2017 at 2:30 p.m. with Reverend Willis Ott officiating. Burial will be in Trinity Anglican Cemetery, Liverpool. Family flowers only, donations may be made to a charity of your choice. Online condolences may be made to www.chandlersfuneral.com

Offer Condolence for the family of Jennings; John Steven