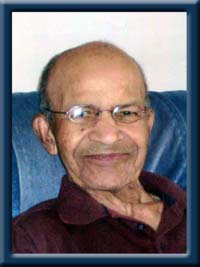 Born in Liverpool, he was a son of the late James and Lottie (Morrison) Jarvis

In his early years, Harold was a boxer. He was a painter for most of his working life employed with Cyril Leslie and did lawn maintenance for many people in Liverpool. he enjoyed dancing, playing cards, scratch tickets and was known as a perfect skater.

He is survived by his son Troy, his sisters Evelyn McIntyre of Lower Sackville, Margaret Ford of Halifax and Jennie Clatttenburg of Milton as well as many nieces and nephews.

He was predeceased by his sisters Grace Chase, Kay, Elsie, Helen, Doris, Marion and Edna and his brothers Clayton, Wilfred, James, Billy and George.

Funeral service will be held Monday, October 15th, 2012 at 2:00 p.m. in Chandlers’ Funeral Home, Liverpool. Reverend Steven Hopper officiating. Burial will be in Zion United Cemetery, Payzant Street, Liverpool. Family flowers only, donations may be made to Hillsview Acres, Middlefield. Online condolences may be made to www.chandlersfuneral.com The family would like to thank the staff of Hillsview Acres for their kindness and care shown to Harold while he was a resident.

Offer Condolence for the family of Jarvis; Harold Maynard