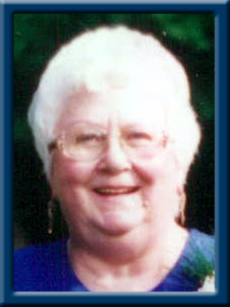 JACK – Gail C., 79, of Liverpool, passed away peacefully in Queens General hospital on Monday, September 2, 2019.
Born in Liverpool, Gail was a daughter of the late Michael and Violet (Boyd) Lundrigan.
Gail was head cashier for the Nova Scotia Liquor Commission outlet in Liverpool prior to her retirement.
She is survived by her husband Frank, her daughters Leigh-Ann Comeau (Tom Callahan) of Chester and Kelly McLeod of Oromocto. Her sons Jeffrey (Wendy) Comeau of Prospect, Darren Jack of Edmonton, AB., Shawn Jack of Truro, Trevor Jack (Carrie Bowles) of Blockhouse. Grandchildren Meagan McLeod, Liam and Ella Comeau, Olivia and Anna Jack. Her sisters Ruth Snow and Christina Reynolds, both of Dartmouth. Numerous nieces and nephews.
Gail was predeceased by her sisters Clarissa Cruddas, Elizabeth Chandler, Vera Simpson, Marguerite Gray, Jean Turner and Patricia Abbott. Her brothers Jordan, Leslie, Ralph, Michael, Roger, Cleo and infant Joseph.
Cremation has taken place under the direction of Chandlers’ Funeral Home, Liverpool. Funeral service will be held Thursday, September 5, 2019 at 2:00 p.m. in Chandlers’ Funeral Chapel, Liverpool. Reverend Judy Cross officiating. Burial will be in Trinity Anglican Cemetery, Liverpool. Family flowers only, donations may be made to a charity of your choice. Online condolences may be made to www.chandlersfuneral.com

Offer Condolence for the family of Jack; Gail Camilla