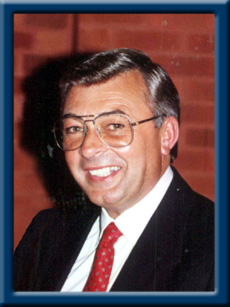 It is with profound sadness that the family of James Laird Irvine announce his peaceful passing at home on November 20, 2022 at the age of 79 years. Jim was born in 1943 in Campbellton, New Brunswick. Throughout his early life, Jim and his family lived throughout Nova Scotia and New Brunswick as his father was a Pentecostal Minister. Jim often spoke of his time on Tancook Island with great fondness and loved visiting the area to reminisce.
At 12 years of age, Jim found his first love, sports. From the first time he laced up his skates and the first time he threw a pitch, Jim shone. As a young man he excelled in both hockey and baseball, eventually joining the Detroit Red Wings organization, the Ontario Hockey League, and the World Hockey Association. He also pitched for Saskatchewan in the Canada Games. Following his professional sports career, he joined the RCMP, training in the Ottawa Depot. He was very proud of his time with the Musical Ride in particular, still enjoying watching them perform in July of this year. Jim proudly served the City of Dartmouth as an Alderman for two terms. Jim finished his career as the Executive Director of the Kidney Foundation Canada, Nova Scotia Branch. Jim considered this to be his true employment calling. Jim served the Kidney Foundation for 25 years, retiring in 2005. In retirement, Jim and Toots enjoyed their many adventures traveling the world.
Jim was predeceased by his parents, the Reverend Sifton and Betty Maxine (Dobson) Irvine. Jim is survived by his wife, Toots Inglis and his two sons, Joel Irvine (Lucy Uberoi) and Jay Irvine (Jennifer MacFarlane) and beloved grandchildren, Jackson and Ava as well as his step-children, Jennifer Inglis (Lew Turnquist), Susan Inglis (Earl Mielke) and Bruce Inglis (Melanie) and his step-grandchildren, Rebecca, Keegan, Bronwyn, Kate, Lincoln, and Lauren and his furbabies, Angel and Stella. He is also survived by his sisters, Marie Sangster and Kathy Martin and by Lynn Clements, mother of his boys.
Cremation has taken place under the direction of Chandlers’ Funeral Home, Liverpool. A Celebration of Jim’s Life for family and friends will be scheduled for a later date. In lieu of flowers, donations may be made to the Lunenburg/Queens Special Olympics. To share memories or condolences, please visit www.chandlersfuneral.com

Offer Condolence for the family of Irvine; James Laird “Jim”