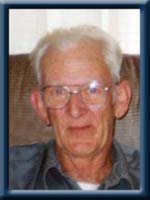 Born in Beech Hill Farms, Queens County, he was a son of the late  Henry and Cecilia (Clancy) Inness.

Gerald was a school bus operator for  Queens County School Board for 25 years. He enjoyed carpentry, hunting and fishing.

He was predeceased by his step-son Murray MacAdams and sisters Hazel Carstens and Margaret Sturges.

Cremation has taken place under the direction of Chandlers’ Funeral Home, Liverpool where funeral service will be held Tuesday, November 20th, 2012 at 2:00 p.m. Reverends Joe and Pat Roberts officiating. Family flowers only, donations may be made to Queens Manor, Liverpool or to a charity of your choice. Online condolences may be made to www.chandlersfuneral.com

Offer Condolence for the family of Inness; Gerald Elliot