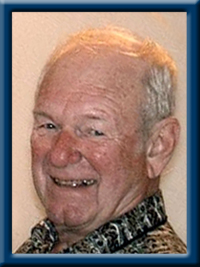 HUTCHISON – James H., It is with regret the family announces his passing at Surf Lodge, Lockeport, NS on June 27, 2015.
Jim is survived by his wife Gloria (Tonello), his sons Duncan of Liverpool and Scott (Dawn Uhlman) of Greenfield.
He was the son of the late Dorothy and Alvin Hutchison.
He was also predeceased by his brother Alan.
Jim retired from Bowater Mersey in 1991as woodroom superintendant.
In keeping with Jim’s wishes, there will be no funeral. Cremation has taken place under the direction of Chandlers’ Funeral Home, Liverpool. A private family burial at a later date. The family would like to thank the staff at Surf Lodge where Jim Received love and excellent care, also his friends for their many visits. It was Jim’s wish that anyone who desired to donate in his memory do so to Queens General Hospital Foundation. Online condolences may be made to www.chandlersfuneral.com

Offer Condolence for the family of Hutchison; James Henry