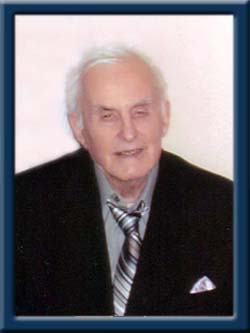 HUSKINS; Warren L., 90, of Port Mouton, Queens County, passed away suddenly at home on Friday, May 12, 2017.
Born in Beech Hill, Queens County, he was a son of the late LeRoy and Vera (Smith) Huskins.
Warren was a ornamental steel fabricator for many years in the US until he returned to Nova Scotia. He enjoyed doing carpentry and woodworking.
He is survived by his daughters Susan Huskins of Port Mouton, Karen Huskins of Weymouth, Ma. His son Roger of Upton, Ma. Seven grandchildren Melanie O’Neil, Renee Wilkie, Kimberly Huskins, Katherine Bernier, Randi Auger, Kerri Freitas and Renee Miller and 13 great-grandchildren. His sisters Harriet of Ontario and Agatha of Alberta and his brother Eric (Carol) of Brooklyn.
He was predeceased by his wife Claire, grandson Michael Besson, brothers Bruce, George, Arnold and Archie.
Cremation has taken place under the direction of Chandlers’ Funeral Home, Liverpool, NS. A graveside memorial service will be held Thursday, May 18, 2017 at 11:00 a.m. in Oceanside Cemetery, Hunts Point, followed by a reception at Chandlers’ Funeral Home, Liverpool. No flowers by request, donations may be made to the V.O.N., Queens County Branch. Online condolences may be made to www.chandlersfuneral.com

Offer Condolence for the family of Huskins; Warren LeRoy