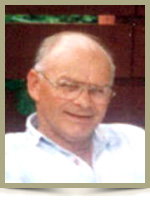 Born in Beech Hill, Queens County, he was a son of the late LeRoy and Vera (Smith) Huskins.

He was a loving husband, father and grandfather. Archie was an auto mechanic all of his life and had a love for Chrysler products. He enjoyed hunting, fishing and spending time at the Camp with his family and his old cronies. He was an honorary member of the Liverpool Kinsmen club for many years.

He was predeceased by brothers Bruce, George and Arnold.

Cremation has taken place under the direction of Chandlers’ Funeral Home, Liverpool. A Graveside Memorial Service will be held on Thursday, August 23rd, 2012, at 11:00 a.m., from Oceanside Cemetery, Hunts Point, followed by a reception at Chandlers’ Funeral Home, Liverpool. Family flowers only, donations may be made to the Queens General Hospital Palliative Care Unit  or to the Canadian Cancer Society. Online condolences may be made to the family at www.chandlersfuneral.com

Offer Condolence for the family of Huskins; Archie Elmer