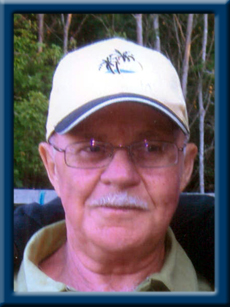 HURSHMAN – Arthur G., 86, of Liverpool, Queens County, passed away peacefully in Queens General Hospital on Tuesday, September 21, 2021.
Born in Brooklyn, Queens County, Arthur was a son of the late James and Mildred (Zwicker) Hurshman.
Arthur was a fisherman for most of his working life. He sailed aboard Department of Transport Coast Guard ships for a short time, but returned to fishing until he retired in 1995. He enjoyed trout fishing, deer and rabbit hunting, playing guitar and singing. He also enjoyed his time spent with the McDonald’s Coffee Club in the mornings as well as his drives with his good friend Mike Roy.
Arthur is survived by his wife of 60 years, Julie (Roy); his daughters Amy Hurshman (Trevor Dalby) and Jill Hurshman, both of Liverpool; Nancy Hurshman (Jim Hanley) of Port Mouton; Debbie Mossman (Chris Frazee) of Belleville, ON. His son Arthur Jr. “Butch” (Heather) of Brooklyn. 13 grandchildren and 23 great grandchildren. His sister Norma Oxford of Liverpool and his brother James of Milton. Arthur also leaves behind his fur baby Darryl.
Besides his parents, Arthur was predeceased by his brother Maurice.
Cremation has taken place under the direction of Chandlers’ Funeral Home, Liverpool. At Arthur’s request, there will be no funeral service. No flowers, donations may be made to S.H.A.I.D. Tree. Online condolences may be made to www.chandlersfuneral.com

Offer Condolence for the family of Hurshman; Arthur George