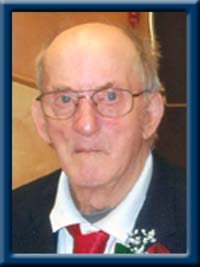 Born in South West Port Mouton, he was a son of the late Frederick and Harriet (Smith) Huphman.

Elverton was a caring and gregarious man who had a great sence of humor. He spent most of his life at sea as a lobster fisherman. He enjoyed hunting and fishing in his younger days. Elverton was a member of Port Mouton United Baptist Church. Above all else, he was most passionate about his family and spending time with them.

Visitation will be held on Tuesday, April 18th, 2017, from 7:00 – 9:00 p.m., and a funeral service will be held on Wednesday, April 19th, 2017, at 11:00 a.m., followed by a reception, all from Chandlers’ Funeral Home, Liverpool. Reverend Judy Cross officiating. Burial will be in South West Port Mouton Community Cemetery. Family flowers only. Donations may be made to Queens and Shelburne County V.O.N.. To share memories or condolences, please visit www.chandlersfuneral.com