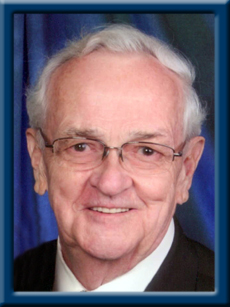 HUNT – Robert L., 85, of Liverpool, Queens County, passed away peacefully in Queens General Hospital, Liverpool on Sunday, September 20, 2020.
Born in Greenfield, Queens County, Bob was a son of the late Robert S. and Florence (West) Hunt.
Bob was a surveyor for many years starting with Nova Scotia Lands and Forests, then moving to Bowater Mersey Paper and then starting his own company in 1968 until retirement. Bob enjoyed the outdoors. He was an avid woodsman, enjoyed fishing and working on his woodlots. He especially enjoyed time spent with family, mainly his wife of 62 years, Bea.
Bob is survived by his wife, Bea (Cowie), his son Charles (Crystal) of Liverpool; his daughter Lorraine (Christopher) Ryan of Perth, ON;. His grandchildren Zeke, Eli, Hayleigh and Adrienne and a great grandson Russell. His sister Muriel Robart of Greenfield.
Cremation has taken place under the direction of Chandlers’ Funeral Home, Liverpool, NS. At Robert’s request, a funeral will be held at a later date. No flowers, donations may be made to Queens General Hospital Foundation or to Queens Manor, Liverpool. Online condolences may be made to www.chandlersfuneral.com

Offer Condolence for the family of Hunt; Robert Lemuel