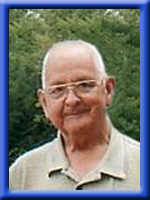 Born in Liverpool, he was a son of the late John and Elsie (Joudrey) Hunt.

John  worked in the retail business for 40 years: Wilson’s Shopping Centre in Barrington Passage from 1977 to 1986 as a furniture and a appliance salesman and moved to Liverpool to work at Home Hardware until he retired in 2003. He was a member of the Liverpool Loins Club since 1994, treasurer of the Kidney Foundation; Nova Scotia Branch since 1994.

He is survived by his sons Christopher and Dwayne (Cathy), both of Barrington Passage.  5 grandchildren. Brothers: Boardman (Marlene) of Greenfield; Samuel (Zola) of Dutton, Montana; Wilbert (Marion) of Great Falls, Montana; and half brother Dr. Harry (Gail) Gardner of  Kentville.

He was predeceased by his wife Beverly (Whynot); sister Anne Kopys and step father Ernest Gardner,

Visitation will be today (Thursday, November 11th, 2010) from 3 until 5 p.m. and funeral service will be Friday, November 12th, 2010 at 11:00 a.m., both in Chandlers’ Funeral Chapel, Liverpool. Doctor Harry Gardner officiating. Burial will be in Milton Community Cemetery. Family flowers only, donations may be made to Liverpool Lions Club, Crohn’s Disease or the Kidney Foundation, Nova Scotia Branch. Online condolences may be made to www.chandlersfuneral.com

Offer Condolence for the family of Hunt; John Payzant