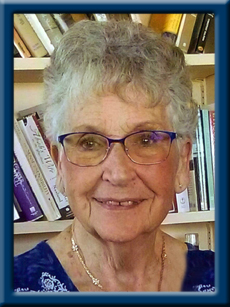 Norma was born and grew up in Hamilton Ontario, the second daughter of Clarence and Grace Coombs. Always active throughout her life, she met the love of her life on the tennis courts and married John Horton on August 28th, 1953. They embarked on a remarkable life together which was grounded in their love of Christ the Savior and each other. Throughout their 64 years together they were devoted to each other, their belief in God’s grace, their family, and the fellowship of close friends. Norma enjoyed travelling much of the world with John, skiing and in particular her passion for horses and competitive riding. Together they moved to Liverpool in 2010 and fell in love with the east coast and spent many hours on the beaches and by the water.  Since John’s passing in 2017 she has struggled with their separation, and we are overjoyed that they are now reunited.

One of “Gram’s” favorite versus which she tried her best to live by was:

“Are you tired? Worn out? Burned out on religion? Come to me. Get away with me and you’ll recover your life. I’ll show you how to take a real rest. Walk with me and work with me – watch how I do it. Learn the unforced rhythms of grace. I won’t lay anything heavy or ill-fitting on you. Keep company with me and you’ll learn to live freely and lightly.” (Matt 11:28-30, MSG)

There will be a private family service at Chandlers’ Funeral Home, Liverpool, NS. At the family’s request, please no flowers. Donations in Norma’s name to your church of choice would be appreciated. Online condolences may be made to www.chandlersfuneral.com

Offer Condolence for the family of Horton; Norma Esther