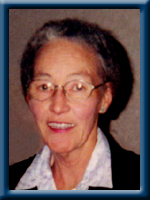 Born in Brooklyn, she was a daughter of the late Robie and Barbara (Zwicker) Joudrey.

Faye worked at the Hartlen Point Golf Course in the bar and kitchen for a number of years.

She is survived by her husband Donald, her daughters Charlotte Osborne of Eastern Passage and Cathy Osborne (Richard) of Digby. Her sons Alan (Louise) Osborne and Jamie (Sherry) Osborne both of Eastern Passage and Jeff of Dartmouth. Her sister Marie Frelick of Mersey Point and her brother Frank  (Charlotte White) of Liverpool. Several grandchildren and nieces and nephews.

She was predeceased by her daughter Nancy and sister Shirley Lavender.

Cremation has taken place under the direction of  Chandlers’ Funeral Home, Liverpool. A private family memorial service will be held at a later date.  Donations may be made to the Heart and Stroke Foundation of Nova Scotia or to any charity. Online condolences may be made to www.chandlersfuneral.com

Offer Condolence for the family of Horne; Faye Arlene