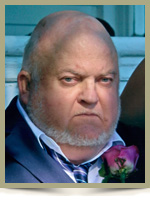 Born in Liverpool, he was a son of the late Laurie and Marion (Peach) Himmelman.

His first job was on the Gypsum Boats, before going to work in the woodroom at Bowater Mersey Paper Company, where he worked for over 30 years up until his retirement. David loved anything to do with the sea, whether it was being on the boat lobster fishing, which he did from the age of 12, or taking his beloved Sunday afternoon drive along the ocean side.  His grandchildren were his pride and joy and the more time he spent with them the happier he was.

He was predeceased by a sister Brenda and a brother Edward.

Visitation will be held from 7-9 p.m., on Friday, October 29th, 2010, from Chandlers’ Funeral Home. A Funeral Service will be held Saturday, October 30th, 2010, at 11:00 a.m., from Milton Baptist Church, followed by a reception. Reverend Corey Pickens and Reverend Doug Mailman officiating. Burial will be in Seaside Cemetery, Brooklyn. Family flowers only. Donations may be made to the Canadian Red Cross, South Shore Palliative Care Service, or to the Milton Baptist Church. Online condolences may be made at www.chandlersfuneral.com

Offer Condolence for the family of Himmelman; David Russell