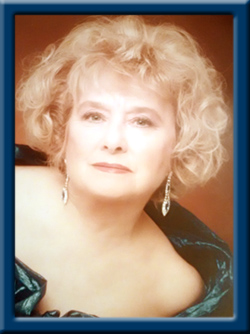 HIGGS – Hazel Marie “Diddie”, 88, of Liverpool, Queens County, passed away peacefully in Queens Manor, Liverpool on Saturday, November 26, 2016.
Born August 6, 1928 in Milton, she was a daughter of the late Starr and Olive (Wentzell) Hatt.
Hazel was a former book binder with Scholastic Books in her early years and lived a full life her way well into her eighties.
Hazel is survived by her daughters Sheree (Steve) Bashak of Brampton, ON; Pamela (Gary) Trottier of Barrie, ON; Twila (Ed) Koch of Lapeer, Michigan. Sons Gary (Carol) of Richmond Hill, ON; Kevin (Debbie) of Baysville, ON. Bingo Gramma to Alex, Athena, Kelly, Tyler, Tara, Brandon, Daniel and Cole; Great grandma to Austin, Hannah, Emma and Briley, Emma; Sisters: Kathleen Shelley of Lunenburg; Virginia “Mary” of Boise, Idaho. Brothers Robert (Cheryl) of White Point; Herbert of Ontario.
She was predeceased by her husband Donald; her sister Norma and her brothers George, Ken, Starr “Dempsey”, Johnny, Richard “Dickie”, Charles, Winston and Douglas.
Cremation has taken place under the direction of Chandlers’ Funeral Home, Liverpool where a funeral service will be held Saturday, December 3, 2016 at 2:00 p.m. with a reception to follow. Family flowers only, donations may be made to a charity of your choice. Online condolences may be made to www.chandlersfuneral.com. Thanks to Queen’s Manor and staff for making Hazel’s life comfortable and safe in her final years.

Offer Condolence for the family of Higgs; Hazel Marie