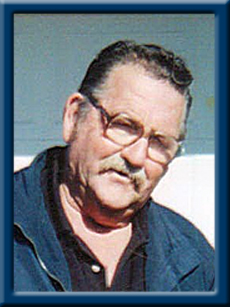 HERMAN – Bryden L., 79, of Milton, Queens County, passed away suddenly in Queens General Hospital, Liverpool on Thursday, June 13, 2019.
Born in Pleasant River, Bryden was a son of the late Lynville and Lydia (Smith) Herman.
Bryden quit school at an early age to work in the woods to help out his family. He was a truck driver for Acadia Construction and worked at Kentucky Fried Chicken. He ran his own fruit and vegetable stand for many years in Milton, worked as a logger and sold Christmas trees.
He is survived by his daughter Lena Herman (Gary McIsaac) of Caledonia; his sons Roy (Danielle Proulx) of Bridgewater and Ricky of Riverport. Eight grandchildren and eight great grandchildren,. His sister Linda (Gert) Kirchner of Maplewood Parkdale.
Bryden was predeceased by his sisters Lillian, Marguerite, Elsie, Joan, Mary Ellen in infancy and his brothers George, Royden and Basil.
Cremation has taken place under the direction of Chandlers’ Funeral Home, Liverpool. At Bryden’s request, there will be a private family graveside service at a later date. No flowers. Donations may be made to the Canadian Cancer Society, The Heart Foundation or to the Queens Branch of the SPCA. Online condolences may be made to www.chandlersfuneral.com

Offer Condolence for the family of Herman; Bryden Lynn