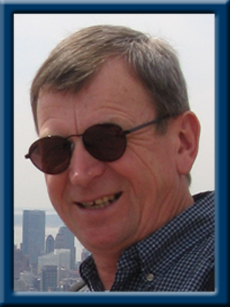 Henderson – Ronald Douglas, 73, of Brooklyn, Queens County, passed away peacefully in Queens General Hospital, Liverpool on Tuesday, July 16, 2019.
Born in Liverpool, Ronald was a son of the late George W. and Mabel (Frellick) Henderson.
Ronald worked for Maritime Tel and Tel, then Aliant for 38 years up to his retirement in 2005. Ronald loved the outdoors and grew his own Christmas trees and cut his own firewood. Ronald enjoyed variety shows and dancing, and will be missed by all the gang at McDonalds for coffee nights.
He is survived by his wife Bonita “Bonnie” (Zwicker); his daughter Heidi (Jeff) Hawkins of Pennfield, N.B.; and his son Jason.
He was predeceased by his sisters Phyllis Smith and Mary Mouzar.
Cremation has taken place under the direction of Chandlers’ Funeral Home, Liverpool. At Ronald’s request, there will be no service. Donations may be made to the Queens General Hospital Foundation or charity of your choice. Online condolences may be made to www.chandlersfuneral.com

Offer Condolence for the family of Henderson; Ronald Douglas