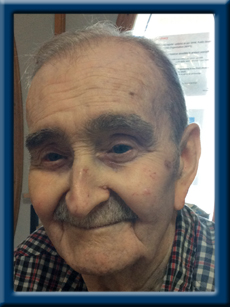 HAZLETT – Graham M., 81, of Hillsview Acres, Middlefield, Queens County, passed away peacefully at Hillsview Acres on Thursday, January 7, 2021.
Born in Milton, Queens County, Graham was a son of the late Terrence and Rena (Wolfe) Hazlett.
Graham was a former factory worker in Brampton ON.
Graham is survived by his sister Jean (Burton) Whynot of Liverpool and nieces Jane (Earl) Roy, Angela (Wade) Oxner and Janet (Robert) Roy, all of Liverpool; Judy (Victor) Westhaver of East Dalhousie; nephews James (Pauline) Whynot and Chris (Kim) Whynot, both of Liverpool.
Besides his parents, Graham was predeceased by his brother Terrence Jr.
Cremation has taken place under the direction of Chandlers’ Funeral Home, Liverpool, NS. A private family graveside service will be held at a later date. No flowers, donations may be made to Queens SPCA. Online condolences may be made to www.chandlersfuneral.com
Special thanks to the caring staff at Hillsview Acres for the exceptional care given to Graham while he was a resident there.

Offer Condolence for the family of Hazlett; Graham Melvin