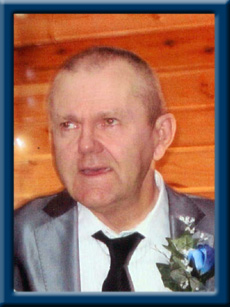 Born in West Caledonia, Richard was a son of the late Walter “Herman” and Luella (Judge) Hawkes.

Richard spent most of his life working in the woods. When not working he was an avid outdoorsman enjoying hunting and fishing in his younger days. Richard also enjoyed listening to old time country music on the radio and spending time with his good friend Ramie Ryan. Above all else, Richard was most passionate about his family and spending time with them. He was loved and will be greatly missed.

He was predeceased by a brother, Joseph in infancy and numerous aunts and uncles.

Cremation has taken place under the direction of Chandlers’ Funeral Home, Liverpool, NS. A private family service will be held at a later date. No flowers by request, donations may be made to the family or to the North Queens Fire Department. Online condolences may be made to www.chandlersfuneral.com

Offer Condolence for the family of Hawkes; Richard Joseph