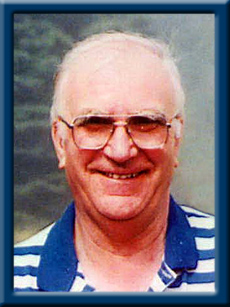 HATT – Robert B., 78, of Milton, Queens County, passed away peacefully in Queens General Hospital, Liverpool on Tuesday, January 24, 2017.
Born in Milton, he was a son of the late Winslow and Jenny (McNutt) Hatt.
Robert was a florist for over fifty years and did upholstery. He also played guitar and sang in a band. He enjoyed hunting and fishing as well as camping and spending time with his family especially his grandchildren; fishing and going to Upper Clements Park and the zoo.
He is survived by his wife of 56 years Pauline (Plummer); his daughter Susan (Paul) deChamp of Milton, his son Jim (Debbie) of Brooklyn, his grandchildren Jonas, Eli, Clara, Reuben and Lily deChamp and Meaghan and Kelsey Hatt. His sister Helen (Gerald) Hatt of Milton and his brothers Allen (Marjorie) of Liverpool and Gary (Agnes) of Bridgewater.
He was predeceased by his infant daughter Roberta, infant grandson Adam and his brother David.
Cremation has taken place under the direction of Chandlers’ Funeral Home, Liverpool. At Robert’s request, there will be no funeral service at this time. No flowers, donations may be made to Milton Baptist Church. Online condolences may be made to www.chandlersfuneral.com

Offer Condolence for the family of Hatt; Robert Bruce