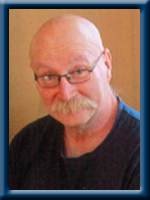 Hatt, Ricky A., 61,of Bridgewater, formerly of Liverpool, passed away suddenly on Saturday April 30th, 2022, in South Shore Regional Hospital, Bridgewater.
Born in Liverpool, Ricky was a son of Allen “Allie” and Marjorie “Marnie” (Baker) Hatt.
Ricky wore many hats through out his working career from millworker to bartender for many local watering holes. Most recently, he worked as a custodian for Squeaky Clean and was able to travel province wide with fellow co-worker and best friend Adam Robar. Ricky always had a love for baseball. From a very young age, he could be found around the local fields. Ricky played with the Liverpool Privateers, who won many games and tournaments through out the years. As time went by, Ricky turned his knowledge of the game to coaching; teaching many children and young adults his true passion for the game. In later years, he went on to umpire. Ricky always stayed true to his team, the New York Yankees. There were times he would have probably liked to have fired them all, but the next night, he would be right back cheering them on. In the winter months Ricky turned his time to broomball and curling and was well known for his competitive fundraising especially Curl for Cancer where numerous times he was top fundraiser. Above all, Ricky was most passionate about his family and spending time with them, especially his two cats Gizmo and Patches.
Ricky is survived by his son Cody (Alex Squires) of Mississauga, Ont., Shauna Hatt, mother of Cody of Halifax, N.S., brother Phil (Nancy) Hatt of Brooklyn, N.S., niece Brittany (Jon Conrad) of Baker Settlement, N.S. and nephew Tyler of Mill Village, N.S.
Funeral arrangements are under the direction of Chandlers’ Funeral Home, Liverpool, Nova Scotia. A graveside service will take place in Milton Community Cemetery, Milton, Nova Scotia at a later date. No flowers by request, donations may be made to Heart and Stroke Foundation or the Liverpool Baseball Club. To share memories or condolences please visit www.chandlersfuneral.com

Offer Condolence for the family of Hatt; Ricky Allen