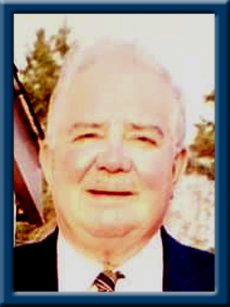 HATT – James Everett, 88, of Mount Pleasant, Queens County, passed away peacefully in Camphill Hospital, Veteran’s Unit, Halifax, NS on Wednesday, May 27, 2020.
Born in Chester Basin, NS, Jim was the oldest son of the late George Winton and Dora (Cross) Hatt.
Jim served his country with the Royal Canadian Engineers and the RCASC for 24 years. He did two tours in Korea, one with the United Nations Peacekeeping Force in Egypt and in Germany with NATO. He was a self-employed carpenter and building contractor. Jim was a member of Mersey branch #38, Royal Canadian Legion, Liverpool.
Jim is survived by his wife Beryl, daughters Ann (Eugene) Partridge and Karen (Mark) Scott, both of Cobourg, ON. Four grandchildren; Brenna and Jordan Scott, Sarah and Brandon Partridge. Five great grandchildren; Brianna, Alexis, Morgan, Cora and Grace. Four step children, seven step grandchildren and five step great grandchildren. Brother Laurie of Mineville, NS; Sisters Rita (Hatt) of Halifax, NS, Marie Tarr of Western Head, NS Doris Francis of Mersey point, NS. His first wife Pauline.
Besides his parents, Jim was predeceased by his daughter Christine, his sister Marion White and his brothers Fred and Murray.
Cremation has taken place under the direction of Chandlers’ Funeral Home, Liverpool, NS. At Jim’s request, there will be no funeral service. No flowers, donations may be made to Queens SPCA or to a charity of your choice. Online condolences may be made to www.chandlersfuneral.com

Offer Condolence for the family of Hatt; James Everett