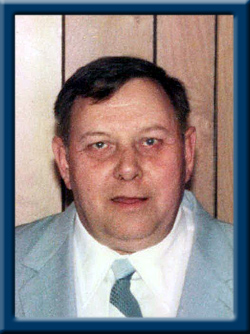 HATT – Douglas Herbert, 85, of Milton, Queens County, passed away peacefully in Queens General Hospital, Liverpool on Tuesday, December 6, 2016.
Born in Weymouth, he was a son of the late Jordan and Evelyn (Wagner) Hatt.
Doug was a millwright and machinist working for Bowater Mersey Paper Company Limited for over 30 years. He was a member of Prince of Wales Masonic Lodge # 29, A.F.&A.M., Milton, Rossignol Chapter # 6, Royal Arch Masons, Liverpool and received his 50 year jewel in 2015. He loved to spend time with his family.
He is survived by his daughter Margaret (Derrick) Matthews of Cookville; his grandson Ryan , his granddaughters Vashti and Sheena and his great granddaughter Calleigh Jean; his sister Margaret Armstrong of Granville Beach as well as several nieces and nephews.
He was predeceased by his wife Jean and his brother Stanley.
Visitation will be Thursday, December 8, 2016 from 7 until 9 p.m. with a masonic memorial service being held at 7:00 p.m. both in Chandlers’ Funeral Chapel, Liverpool. Funeral service will be Friday, December 9, 2016 at 2:00 p.m. in Milton Baptist Church. Reverend Terry Brewer officiating. Burial will be in Milton Community Cemetery. Family flowers only, donations may be made to a charity of your choice. Online condolences may be made to www.chandlersfuneral.com

Offer Condolence for the family of Hatt; Douglas Herbert