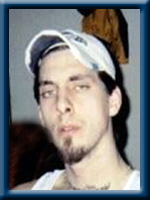 HATT – Daniel F., 34 of Liverpool, passed away peacefully in South Shore Regional Hospital, Bridgewater on Thursday, May 7, 2015.
Born in Claresholm, AB, he was a son of September Winters of Liverpool and the late Peter Hatt.
Daniel worked in construction all his life. He will be fondly remembered as a hard working, loyal man who was proud of his Viking heritage and a brave soul who believed in his core values and who loved his family including his “furry children”.
He is survived by his companion Jennifer LeBlanc, his daughter Brynn-Marie and his son Harley, both at home; his sister Lisa (Ryan) Ashley of Halifax and his brothers Matthew (Annette LeBlanc) of Hunt’s Point and Justin of Calgary, AB. His maternal grandmother Pauline Winters of Mersey Point.
Cremation has taken place under the direction of Chandlers’ Funeral Home, Liverpool. Visitation will be held Monday, May 11, 2015 from 7 until 9 p.m. and funeral service will be Tuesday, May 12, 2015 at 2:00 p.m. both in Chandlers’ Funeral Chapel. Reverend Judy Cross officiating. Family flowers only, donations may be made to the family. Online condolences may be made to www.chandlersfuneral.com

Offer Condolence for the family of Hatt; Daniel Francis